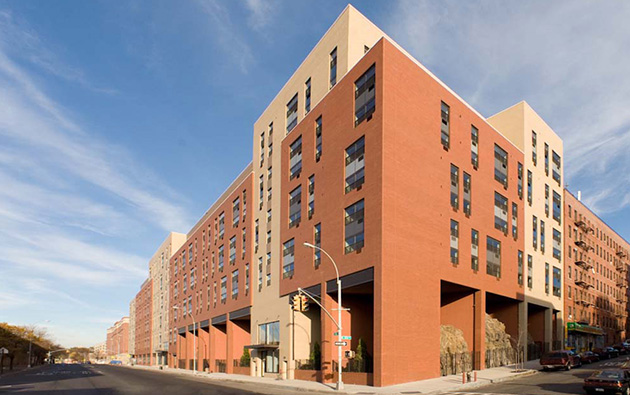 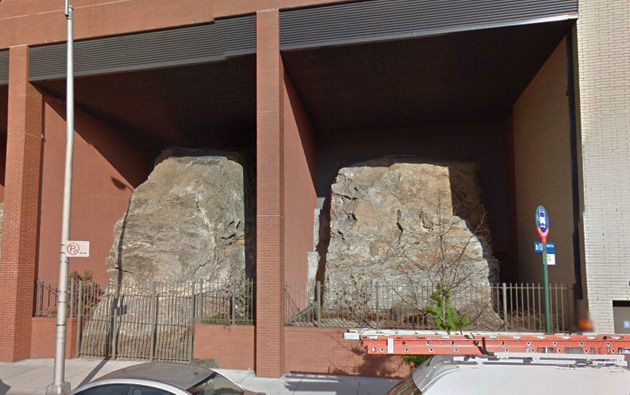 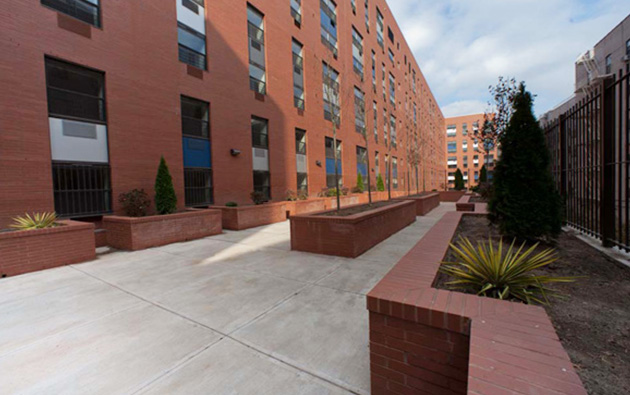 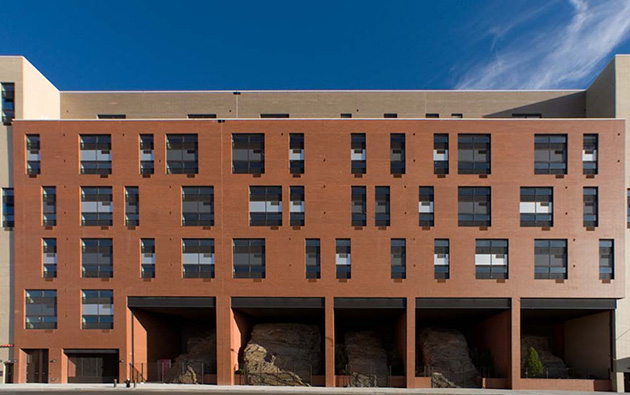 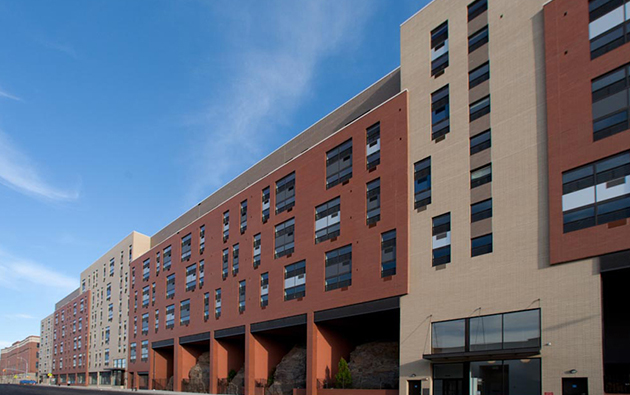 The Roscoe Brown Jr. Apartments in the Bronx were built to ensure affordable housing for families in NYC. With 100% of the apartments being offered for residents who earn below the AMI (Area Median Income) it is part of a push by NYC Housing to create a city where all levels of income can live.

The 279-unit project, made up of primarily of two- and three-bedroom units, includes an early childhood center, retail and parking for 35 vehicles at grade. There are also outdoor recreation spaces and adjoining community rooms. The building sits on land that was once considered unbuildable due to a large bedrock outcropping which covered half of the property. A part of this bedrock is used as a featured element of the design and is exposed under the southern part of the building, This strong foundation is illustrates the bedrock on which many NYC buildings are built upon.